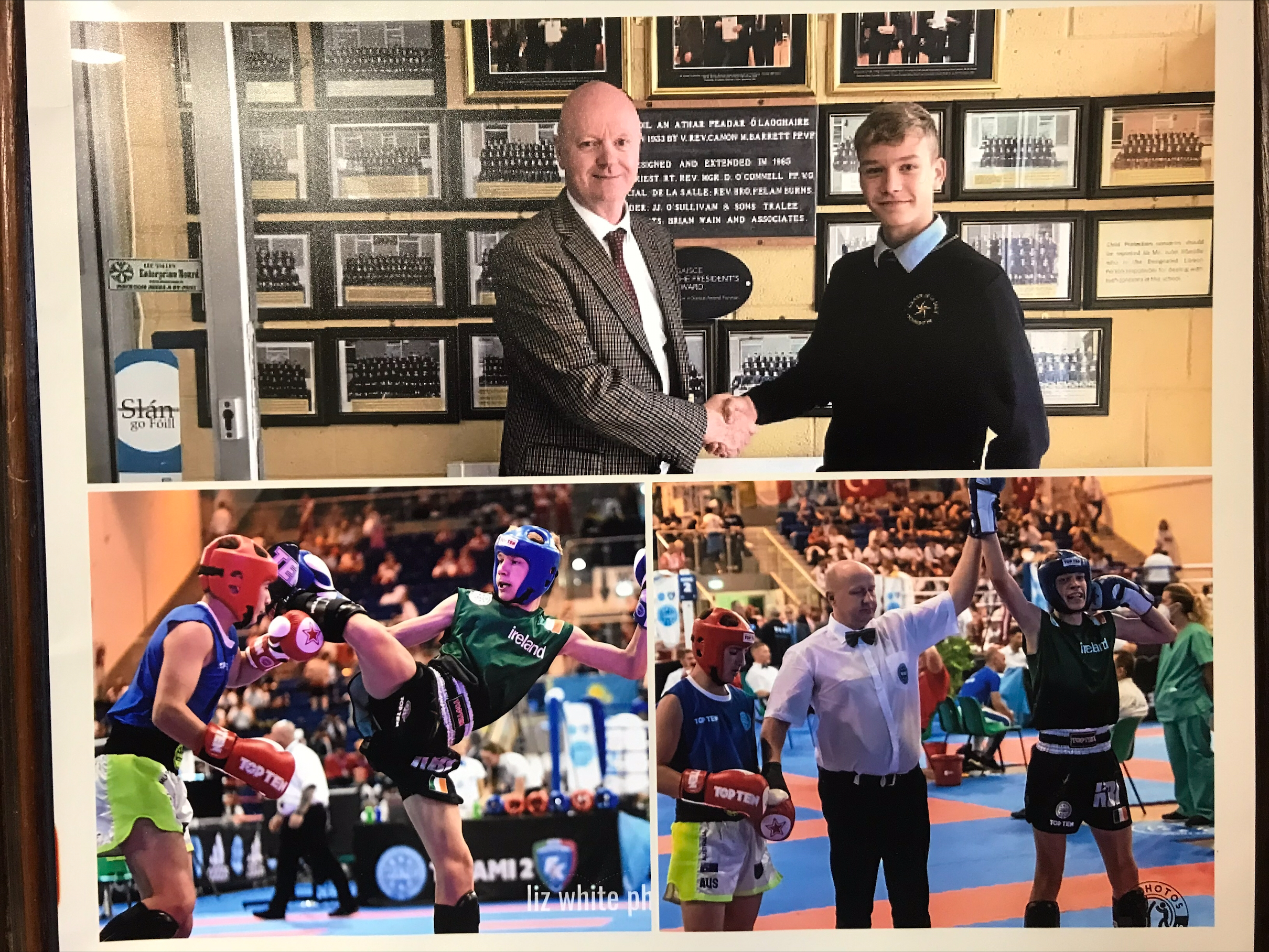 Second year student Markuss Bogdanovs recently competed in the 2022 World Kickboxing Championship. Markuss was among one hundred competitors who represented Ireland in the competition, which was held in Venice, Italy. Having won his opening won his opening bout, concussion protocols from his second test prevented him competing in the third. Markuss trains with the West Cork Kickboxing Club and is coached by Tony Stephenson, who won a silver medal in the European Championship in Turkey,

All in De La Salle College are very proud of Markuss’ achievement to date and wish him well in his future sporting endeavours.