VS Ware
Know Us Better

Under 16 Football County Champions
De La Salle voyaged to Millstreet to face Patrician Academy of Mallow in the county title decider. The pitch was lined with spectators from both schools and towns, the stage was set for a classic. De La Salle had been dominant on their road to the final but this was expected to be a tougher test.
The game started and the crowd roared into life. Tom Browne knocked over an early free but Patrician academy responded with two from play. Beautiful free flowing football was on display from both sides however both sets of forwards were struggling to make ground. However, from nowhere Cian Desmond found a Patrician academy player bearing down one-on-one with his goal. Fortunately for De La Salle Desmond pulled off a spectacular save to deny Mallow.
Shortly after this De La Salle were working great scoring opportunities but they were struggling to convert. The next score came from a Colin Kelleher goal after a superb passage of play. Patrician Academy tried to bounce back but superb defensive structure, work rate and tackling kept them without a score. De La Salle worked another score before conceding a point again. However after a few more phases of play De La Salle full forward Jamie Hourihan scored a great goal to put De La Salle in the driving seat. Denis O Mullane and Tom Browne contributed further but their efforts were largely matched by Patrician academy. De La Salle were wasteful yet the half time score left Patrician academy with a lot to do.
Half time: De La Salle 2:05 Patrician Academy 0:05
The second half started and De La Salle started well, three fast Tom Browne points without reply put them in the driving seat. To add to Patrician academy’s misery they were reduced to fourteen men when their wing back was red carded. De La Salle were really dominating now. The coaches agreed to avail of a water break in the second half because of the sweltering conditions. The score left De La Salle with the game in their hands at:
De La Salle 2:08 Patrician Academy 0:05
Patrician Academy were determined to make a final push in the last quarter and they certainly increased the pressure. They knocked over a point but failed to spoil Cian Desmond’s clean sheet. On the other end Tom Browne kicked a free and De La Salle looked settled. That all changed however, when Mallow scored a goal from a counter attack paired with some untidiness at the back. This filled Patrician academy with belief and really spurred them on whereas De La Salle looked visibly rattled. Almost straight after Patrician academy reduced the gap to three with another goal. Time was almost up and De La Salle were praying for the whistle. With some good game management from coach Shane Ryan on the line De La Salle conserved possession and eventually the full-time whistle came.
It was an all round great performance from one to thirty on the matchday panel and De La Salle were deserving champions.
Full time score: De La Salle 2:09 Patrician Academy 2:06
The team would like to thank coaches Mr. Shane Ryan and Mr. Cian Kiely for their extreme commitment all year and to Mr. Steve Quinn who also assisted in the team’s training sessions.
De La Salle Team: Cian Desmond, David O’Riordan, Fionn Kelleher, David Lynch, Cian O’Sullivan, Sean O’Leary, Cormac Burke, Michael Downey, Ryan Sabas, Oisin O’Sullivan, Denis O’Mullane, Cian Kelleher, Colm Kelleher, Jamie Hourihan, Tom Browne Subs On: Jesse Kelleher, Conor Muller
Match Report by Liam McSweeney (Fourth Year)

Well done to Mr. Eoghlan Clancy. Eoghlan is a recipient of an All-Ireland Scholarship funded by Mr. JP McManus and administered by the Department of Education and Skills. Eoghlan received this prestigious scholarship based on his excellent performance in his Leaving Cert in 2018. The scholarships apply for the prescribed duration of the undergraduate programmes chosen and the annual value of the scholarship is €6,750 for the academic year. He is now studying Mathematical Sciences in University College Cork (UCC).

6th Year student Stephen Bradley competed in the IWAS Youth World Games last year in Portugal. Following a very successful games Stephen has just gotten confirmation he has set not one, but two Irish Records in Paralympic Athletics! One in the 800m and the second in the 1500m. A man of many talents. Well done Stephen, we are extremely proud of you here in De La Salle.

Transition year student Tom Downey participated in trials for the Irish Science Olympiad team in November in Dublin City University. Tom was invited to take part in the trials because of his exceptional Maths and Science Junior Certificate results. Well done Tom.

Well done second year student Patrick Kerry for winning the Department of Education’s ‘Decade of Centenaries’ competition. Patrick, a former student of Drom Primary School, received the award for his outstanding account of his grand-uncles experiences during World War 11 in May 2018. 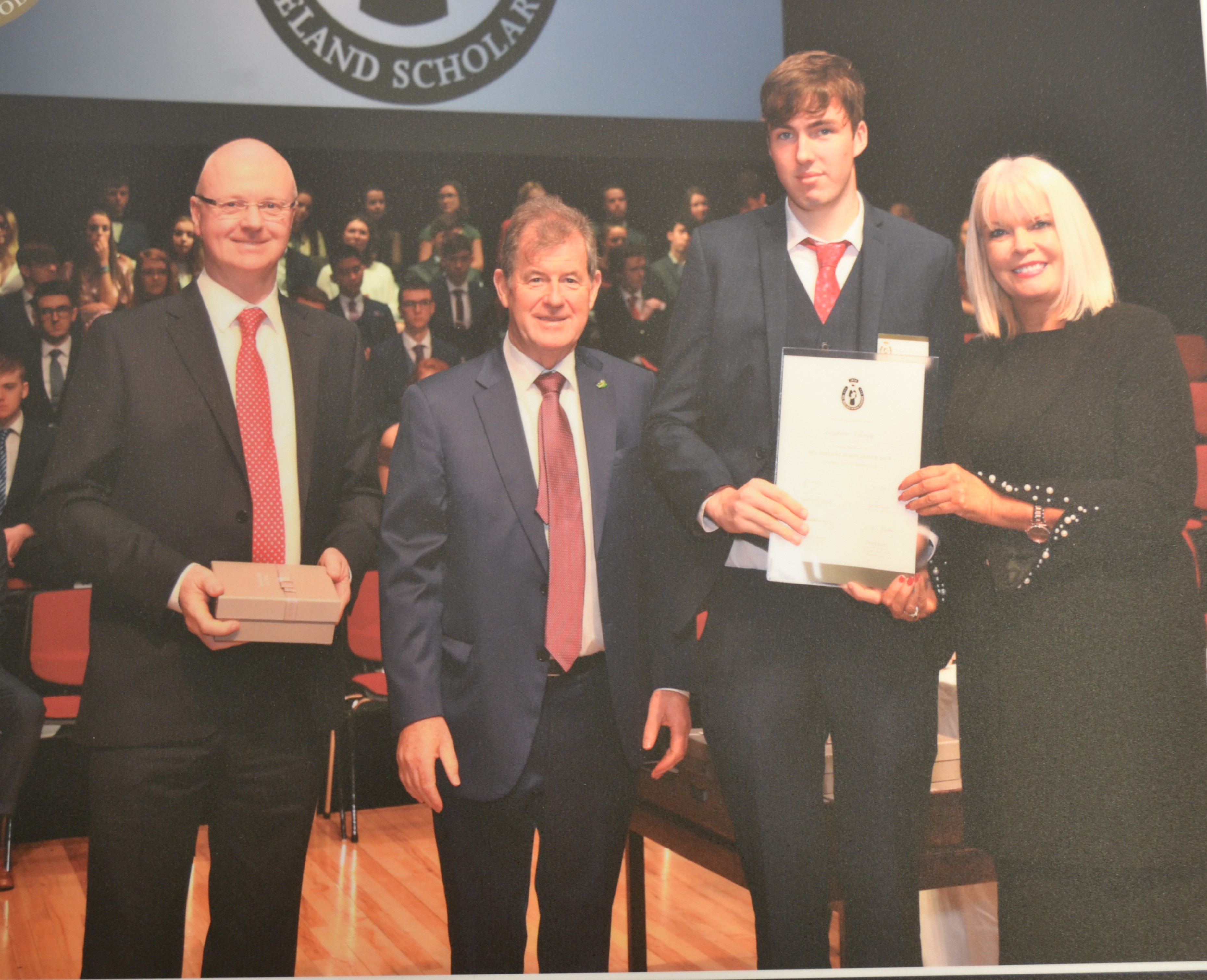 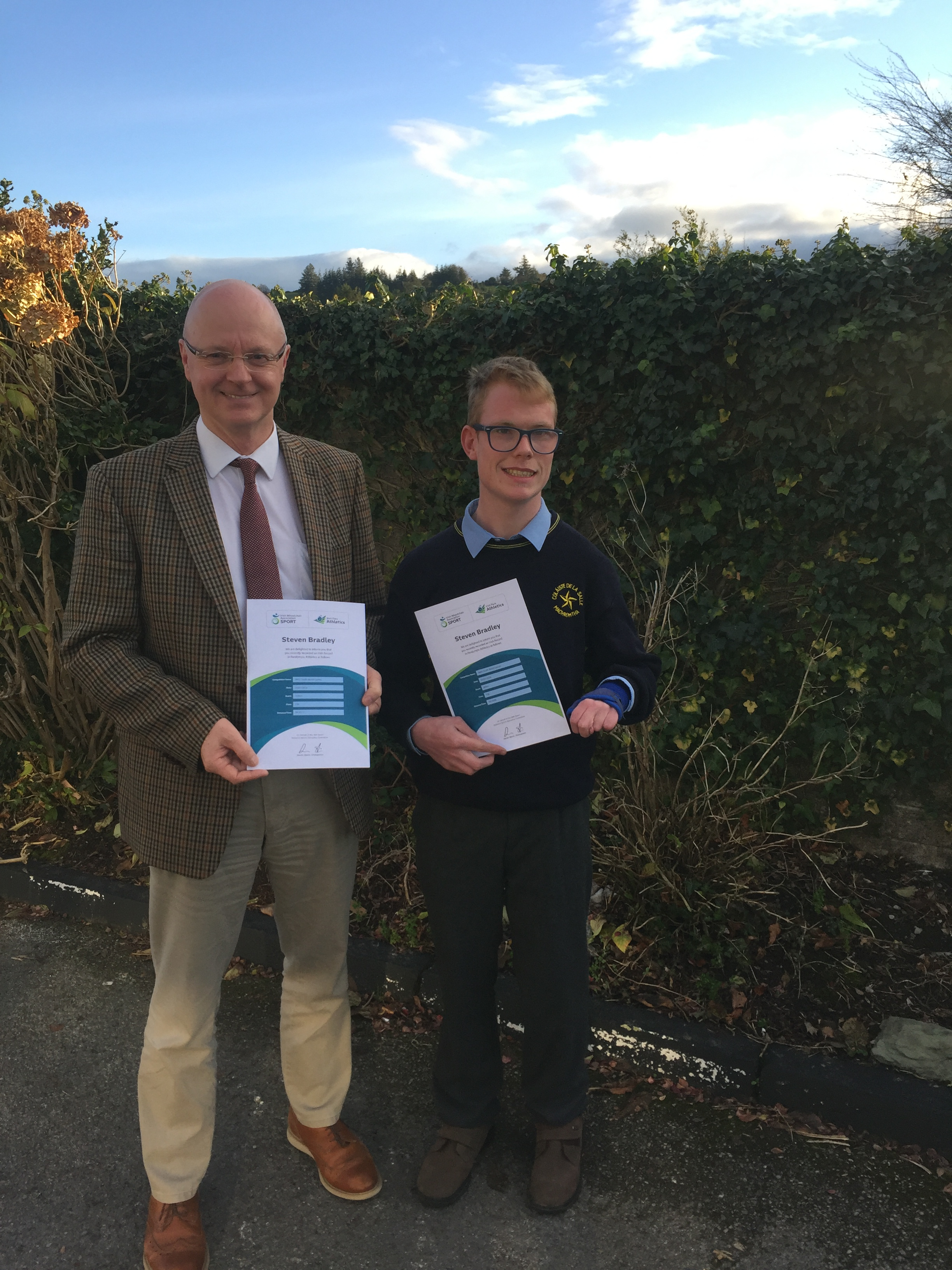 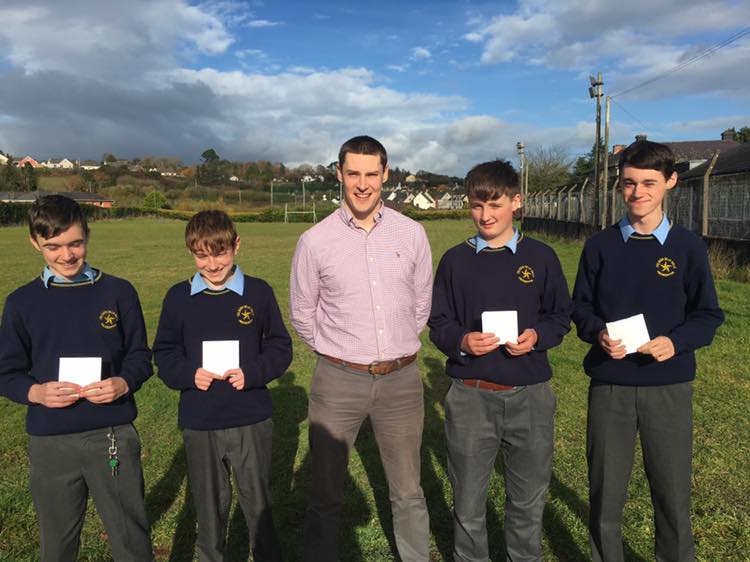 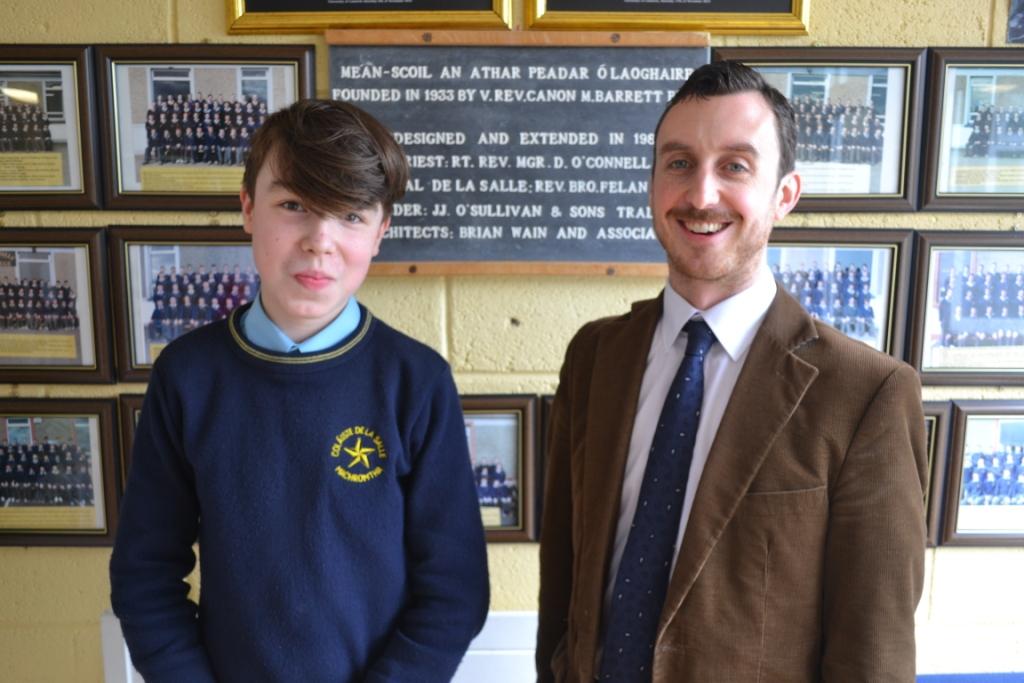 Fifth year student Stephen Bradley has made all of De La Salle College extremely proud by becoming Macroom’s Senior Sportsperson of the year in May, 2018. This has been a particularly rewarding year for Stephen as in January he won a West Cork Garda Youth Achievement Award. This award followed on from his exceptional performance at the IWAS games in Portugal in December. He achieved a number of personal best times and also set a new Irish record for the 800 metres. 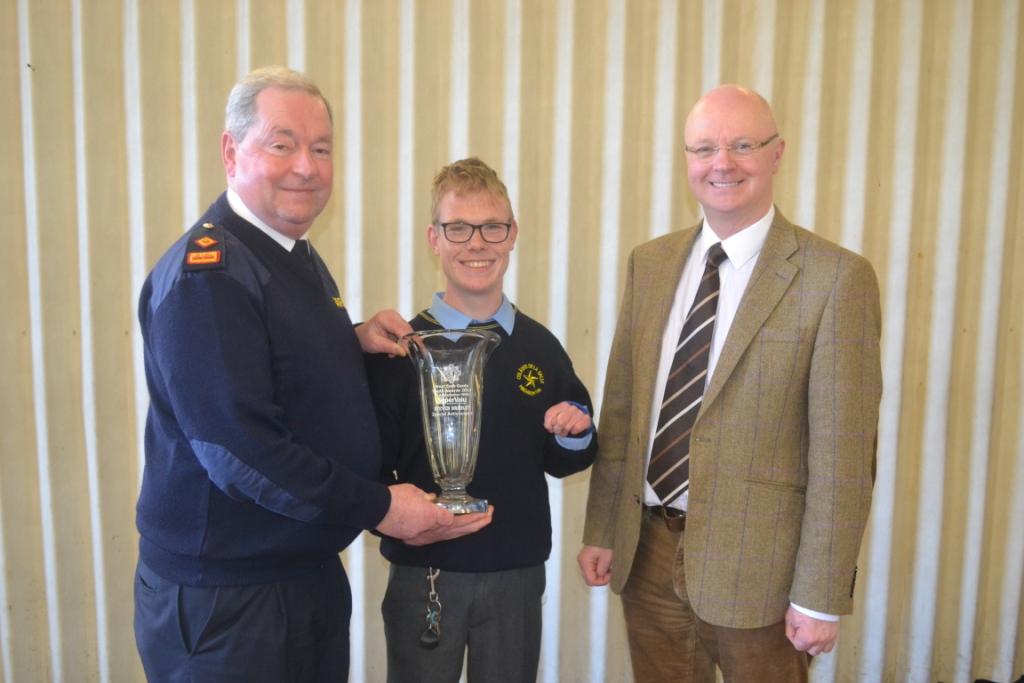 Transition year student Colm O’Riordan participated in trials for the Irish Science Olympiad team in November in Dublin City University. Colm was invited to take part in the trials because of his exceptional Maths and Science Junior Certificate results. Well done Colm. 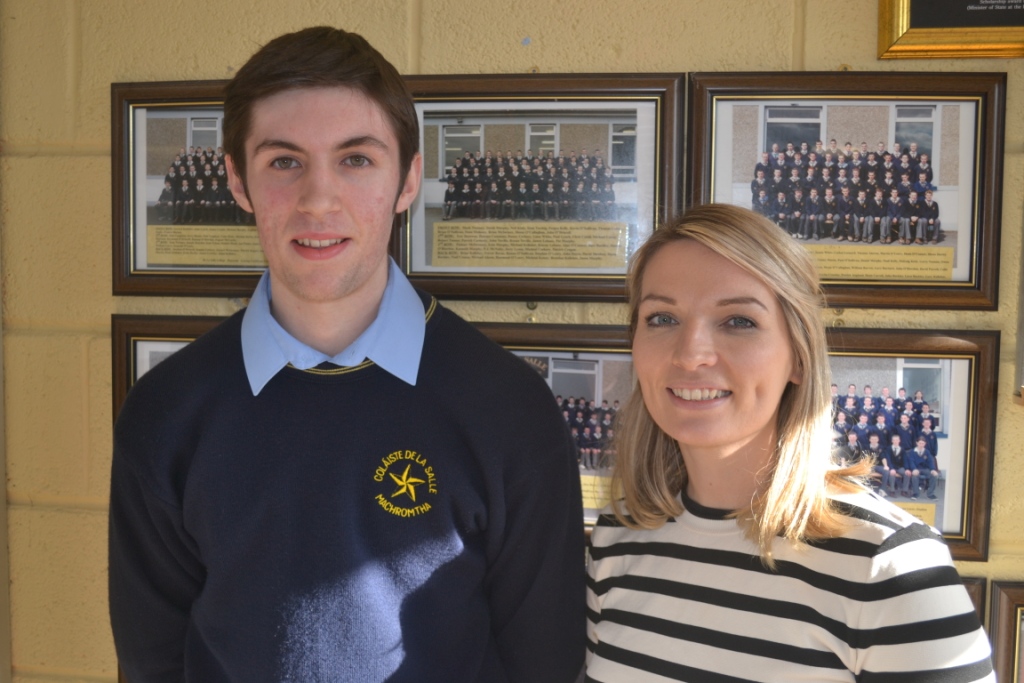 For the first time De La Salle College participated in the Cork and Kerry Business Teachers’ Association Junior Cert in Killarney in November 2017. There was much delight and celebrations when our two teams finished in first and fourth place. Congratulations boys everyone in the school is very proud of ye. 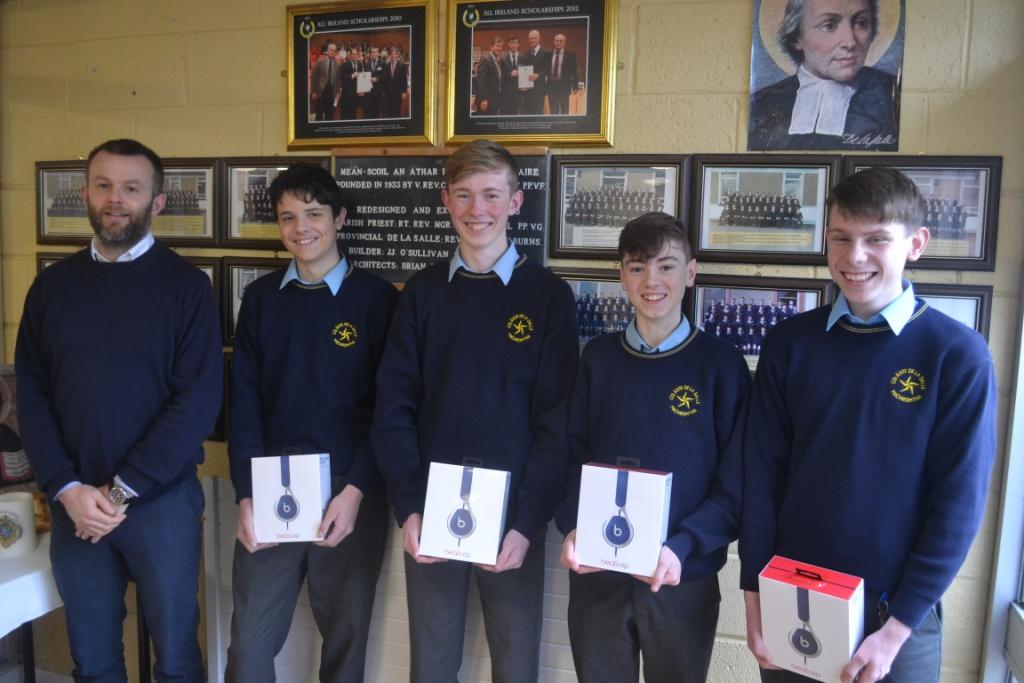 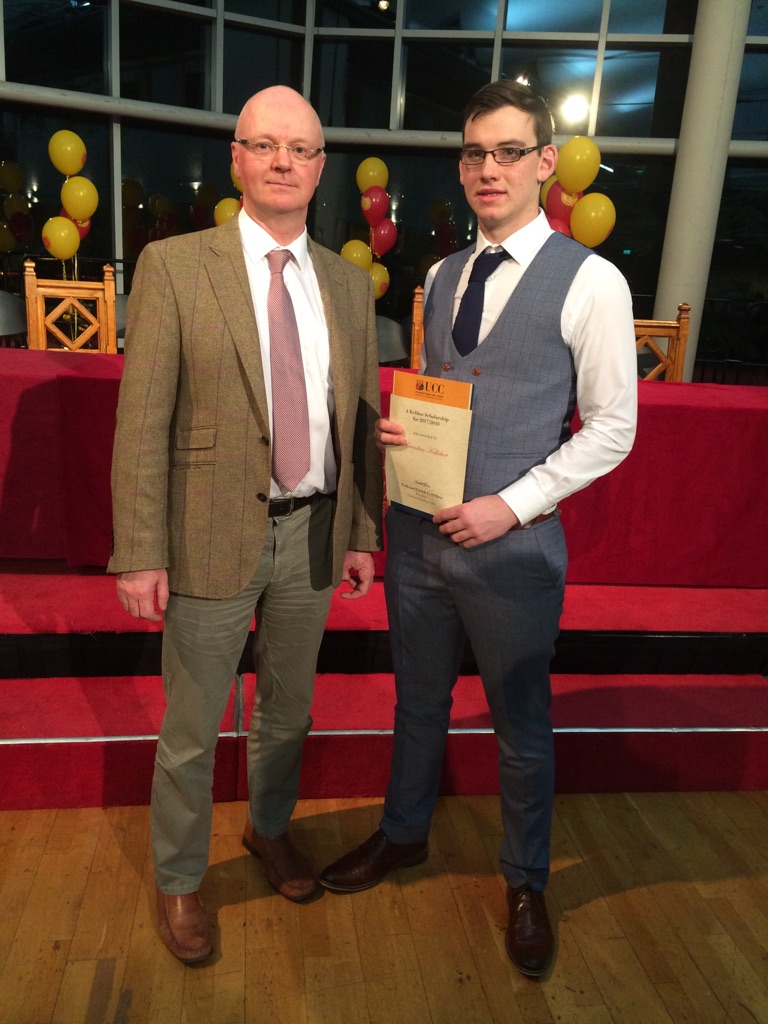